Taking Aim at the “Player-Coach” Model. 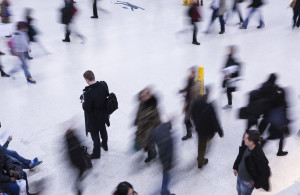 Zappos, the on-line retailer, recently made headlines for their controversial shift to a boss-less organization. Tony Hsieh, the CEO, gave employees the option of embracing the new tenets of the boss-less organization, or leave Zappos with a little extra money in their pockets. The result was that 14% of employees chose to take the money and leave.

This move by Zappos brings up a sobering question: “What is the real value of managers?” I’m sure many of us have had one or two managers in our careers we would have liked to see “eliminated” by the adoption of a boss-less workplace, but is it really a good idea to do away with all managers?

The value of the manager role seems to be increasingly under attack in today’s workplace. The Zappos experiment is one extreme example. A more common trend that we see in many organizations is having managers play the role of a “player-coach.” For those unfamiliar with the term, “player-coach” refers to a manager role that combines the more traditional tasks of managing a team (such as setting priorities and developing others) with the responsibilities of an individual contributor who produces work products as a member of the team.

The idea of having a manager who serves as both a player and a coach (i.e., manager) is an attractive one, particularly for organizations that are highly technical in nature and who strive for maximum utilization of talent. In fact, many high-performing organizations subscribe to this model, including many of our own high-performing clients. The “player-coach” model is not without its merits. It serves to play to the strengths of a manager’s technical skills and can flatten the hierarchy that, in theory, improves communication and speeds up decision-making.

What often happens in practice is managers placed in the “player-coach” role are often hard-wired and driven to take on much of the work themselves, leading to what I call the “player-player” role that doesn’t focus at all on developing the abilities of their direct reports. Inevitably, the manager responsibilities of the role take a back seat, coaching and feedback happen afterhours or via email and career development becomes a once-a-year, check-the-box exercise.

How do you know if your organization is falling into the “player-player” trap? Ask the following questions:

If you said “yes” to these questions, then your organization could be in a downward spiral from the “player-coach” ideal role towards the “player-player” reality, which threatens both the current and future generation of leaders.

How can you and your organization reverse the downward spiral?

1) Select managers who enjoy and invest time in developing others and do it because they believe it’s important.
2) Make explicit in the criteria for promoting managers that developing talent to take on more responsibilities is expected behavior.
3) Incentivize managers to delegate their work and dedicate scheduled time to the “coach” side of the role.
4) Train managers on how to develop others and scrutinize work that puts them in the player role. It should in some way involve developing the capabilities of others.
5) Demonstrate you value developing others as a critical component of your culture by talking about it, showcasing it and rewarding it.

Having coached many managers who have this “player-player” mindset, I believe the biggest challenge to changing their mindset is making the case for inefficiency.

I know it sounds a little far-fetched but managers with this “player-player” mindset are often some of your organization’s top performers and most engaged employees. These high performing “player-player” managers often describe achieving a “flow state” during the course of their day-to-day work, which is a feeling of focus, efficiency and personal fulfillment. Their search for this “flow state” leads to promoting the avoidance of distractions that prevent it. Unfortunately, these distractions often involve the inefficient and time-consuming tasks that define the role of manager, such as providing real-time performance feedback, eliminating roadblocks, and putting people into stretch assignments that require coaching.

One tip to break “player-player” managers from this mind-set is to change their understanding about what it looks like and feels like to be an effective coach and manager. Managers need to become familiar with the unsettling feelings of inefficiency and perpetual “unfinished business” which all great managers feel, especially when viewed through the lens of short-term production demands. To help managers familiarize themselves with these feelings, ask them to complete the following checklist and then have them reflect on what they felt while completing it.

For the “player-player” manager, these exercises will be unsettling and difficult. But over time, with practice and coaching, many of these managers will become more comfortable with their role as they see their efforts produce a more capable team and stronger organization. And who knows, maybe the value of managers might just tick up a notch.