What Collaborative Companies Do Better. 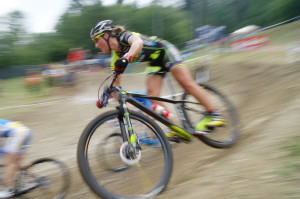 The birth of the mountain bike perfectly illustrates the value of collaboration. Joe Breeze is a Bay Area cyclist credited with building the first mountain bike in 1977. His first few models were Frankenstein hybrids, cobbled together using frames from old Schwinn clunkers and components from modern road bikes. Tom Ritchey, was a bike frame builder who heard about what Joe was doing and offered to build him some custom frames that were lighter and stronger. Together they built some prototypes but weren’t able to generate any interest in their new bikes. Enter Gary Fisher, a former U.S. Cycling Federation rider who created interest, built a market and launched a company to sell the new bikes. The rest is bicycle history. For the next 30 years, two mountain bikes were sold for every other type of bicycle on the market.

Collaboration occurs when the combined actions of individuals produce something greater than they could produce independently.

I was recently talking with a client whose company had acquired another company two years ago. On paper, there were strategic advantages for the acquisition. The two companies had complementary capabilities, but they had to find a way to leverage each other. Here they were, two years post-acquisition, and almost none of those advantages had been realized. The Finance, IT, and HR systems had been integrated in the first few months, but the real value in the deal was in the collaboration and leverage in R&D, Marketing, Sales and Operations. You know what they say about leading a horse to water. In the corporate world, you can lead two companies to integrate but you can’t make the people collaborate.

In the last few years, I’ve had the opportunity to work with several clients to crack the code on collaboration within their companies. Here are some of the things I’ve learned.

When you fail to collaborate, you miss important opportunities, open the door to competition and lose credibility with customers. One of the companies I studied had multiple product lines sold by different salespeople to the same customers. Often a customer meeting with Salesperson A would be interested in a product sold by Salesperson B. The customer assumed A would collaborate with B, or at least pass the information onto B. Salesperson A wouldn’t tell B about the opportunity and would submit a quote for only the products A sold. The business would ultimately be lost to a competitor. Failure to collaborate is often a hidden cost that doesn’t show up on a balance sheet, but is responsible for billions of dollars in lost opportunities and poor service. It also produces frustrated employees.

For many people, collaboration is not a natural act. This is especially true when collaboration is viewed as slowing things down or giving up control. When compared to working independently, collaboration takes more time so we have to be convinced the benefits of collaborating, outweigh the costs. Even when we believe, “All of us are smarter than any one of us,” we’d rather skip the process of having to work with others to get a better answer. Remember how you felt when you got assigned a group project in school and realized others in your group didn’t share your same work ethic or standard of quality? I’ve never heard anyone say, “If you want something done right, make sure you collaborate with others.”

Many barriers to collaboration are artificially created. In the interviews I’ve conducted in the companies I’ve studied, organizational structures, segmentation of work between geographies and sites, and reward and incentive systems have been cited as barriers to collaboration by employees at all levels. In those same environments however, I’ve witnessed groups of employees collaborating together across structures and sites to work on things not directly related to their day-to-day jobs. I’ve seen people work outside of their structures or roles to plan events and activities, start clubs, share information, etc. When there is a personal connection, a common interest or compelling reason to do so, people often collaborate across the same barriers that others say keep them from collaborating.

The role of leadership is to facilitate collaboration in the organization. While the vision for collaboration can be articulated from the C-suite, making it happen often falls on VPs, Directors and Managers. Facilitate is from the Latin word facilis, which means “to make easy” or “without difficulty.” There are specific things that leaders who are responsible to direct the work of others must do if they want to increase the amount of collaboration in their organizations. The ideas below are not comprehensive, but they represent a good start.

1. Remove any obstacles to collaboration. The logical ones are the core systems mentioned earlier: Finance, IT, and HR. Communication is essential to collaboration, and communication is much harder when things like email, or records and data are cumbersome to work with. Watch closely when people are put into positions to collaborate and listen to their frustrations. Pay attention to things like organizational structure, operational systems, and other internal processes. CRM systems and sales tracking are good examples of potential sticking points. Once you identify the barriers, be aggressive in removing them. I see many clients reluctant to spend the effort to fix those things, especially when there is a cost involved, but they often fail to recognize the hidden costs of lost opportunities to collaborate.

Remember Salesperson A and Salesperson B? If they are losing potential sales due to a lack of collaboration and internal barriers, they are already motivated to solve this problem in a way that requires them to work together for their mutual benefit. The ultimate solution most likely requires involvement from their respective leaders or sponsorship from the VP level, and potentially has broad application into other areas.

3. Hire and promote collaborative leaders. Collaborative leaders are not hard to identify. They tend to be inclusive and readily engage with others leaders. They don’t have sharp elbows and keep the borders to their organizations open. Their comments in meetings often reflect they are looking across the organization. When hiring and considering leaders for promotion, ask them to give you examples of instances where they took initiative to collaborate with other leaders.

Several years ago I was working with an entertainment company whose products were primarily created in individual studios that were geographically disbursed. Even though the products were distinct, many of the products relied on the same processes and used the same tools and technology. The West Coast studio developed a breakthrough that allowed them to cut their development time by more than 20%. I was surprised when a month later I was meeting with a team in the East Coast studio and they told me they didn’t plan to incorporate the improvements made by the West Coast Team. “We do our own work and don’t like to rely on other teams,” was what I was told. While that approach may have worked at one time, it contributed to obvious inefficiency. Today, that studio is led by a collaborative leader who believes that leveraging the work of other teams, and sharing best practices across studios, produces better end products.

One of the leaders I coach writes a monthly letter that goes out to all of the managers and above in his organization. He makes a point to acknowledge at least one collaborative effort or success in every letter. He understands that employees always notice what their leaders notice and also what their leaders don’t notice. If you only acknowledge and reward fire fighting, you’ll be sure to get more of it.

5. Move people around across the organization. This is something that mature organizations have known for a long time. Back in its heyday, the joke was that IBM was an acronym for “I’ve Been Moved” because the company moved leaders to new assignments every two years. While the program may have been intended to give leaders broad exposure to the larger organization, one of the byproducts was that leaders at IBM developed a strong network across sites and lines of business.

One of my clients had been trying to crack the code on collaboration in their organization for several years, with only moderate success. I had shared my research on what mature companies did to promote collaboration before but they were opposed to reassigning or relocating people. Leaders looked at their employees as owned assets rather than company resources. Directors did not want to disrupt the stability of their organizations. Department heads were concerned about giving up leaders they had groomed. Senior managers did not want to lose their “go-to” leaders. With trepidation, they agreed to move a few key leaders around. In addition to those leaders feeling valued, within a few months, we saw a significant increase in the amount of cross-organization sharing of resources and information. I’ve seen this happen on multiple occasions because when there is a personal connection, a common interest or compelling reason to do so, it’s easier for people to collaborate.

If your team, department or organization has a strong culture of collaboration, consider yourself fortunate. Encouraging collaboration involves changing behavior and requires deliberate effort on the part of leaders. If you are interested in learning more about how to transform your organization please contact your LRI consultant or send an email to todd.alexander@lri.com.